We had a rough weekend

The past 2 months have been a whirlwind of emotions for all of us. My husbands new diagnosis of Congestive Heart Failure caused a lot of changes and left us with uncertainties. 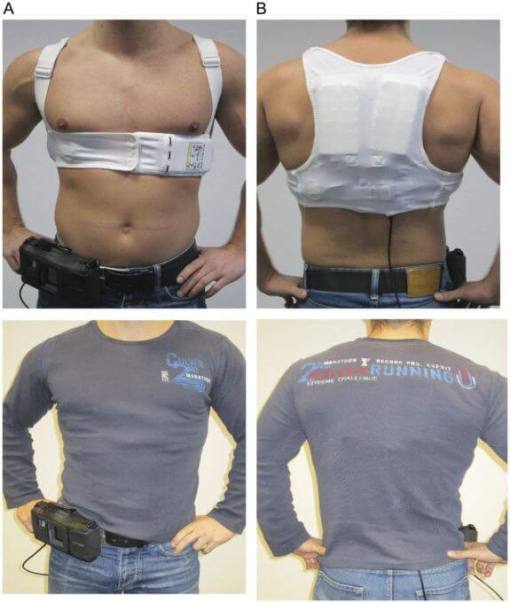 He began wearing a defibrillator vest that monitors his heart 24/7. If you aren’t familiar with one, it’s what we call his ‘man bra’. Tucked into the vest are 5 different leads that monitor his heart. One under each arm, one under each breast, and a back piece consisting of two larger pieces that can administer an electric shock if the vest recognizes an irregular heart rhythm.

It is attached to a battery pack which he is tethered to and carries slung by strap over his shoulder or on a strap or clip hanging off his waist. If one of the leads is not touching his body properly and reading the info it needs, a “gong” will sound alerting him to the problem. His monitor will show him in pictures which lead is the problem so he can adjust it.

If the gong is ignored, it can escalate to a ‘siren’ sound and a voice will announce for people to stand back and don’t touch the patient. It assumes he has passed out and that there is a problem with his heart and that he is unable to respond. It will give him an electircal shock just as if he was on an ER table getting the ‘paddles’.  If he can push two buttons on his monitor it will stop the siren and reset itself.

Sometimes, just stretching and the movement the garment will make as you stretch will cause the lead to move and not be positioned correctly causing the gong to sound. Sometimes when he roughly changes position from one side to the other during the night, that will cause things to shift and the gong will sound. You can’t know how exciting it is to be awakened in the night to either the gong or the siren and that stern voice! Each time it has happened, he has just reset the monitor as per instructions. He takes it in stride but it causes me no end of anxiety. Sometimes I even yell for him to respond making sure he actually CAN respond.

He was put on an extremely low sodium diet because his heart function is so low. That has caused some change in eating habits and as a result he has lost about 25 lbs. That also caused a problem with the vest fitting properly and he had to get a smaller size which was a little too tight and not very comfortable. Wearing the vest has been a major adjustment. For instance, sometimes he will forget his tether and start walking off without it and it will tumble off of where he set it to wash his hands.

After 3 months evaluation and monitoring by the vest, they will look into how to help his situation best. He may get a defibrillator/pacemaker combo implanted. We are just not sure how they are planning to address his ‘bundle block’ problem. That is when some of the electrical impulses telling the heart to work its job are not doing their job and they are not firing.

He had no warning of his problem. He works 50 hours a week as a manager and we assumed his being tired was because of the hours and the after work errands he is required to do to help me because of my limited mobility. One weekend, he could not catch his breath. He felt like he had just run a race and was breathing hard and could not catch his breath and it scared him enough to go to the ER. That is where this all began. They discovered he had some heart damage, fluid buildup in his lungs, and that his heart output was only working at about 20%. He has not had a heart attack and doctors are not sure what has caused the heart damage. He is slightly diabetic so that is a possibility, and sleep apnea might be another possibility although he has never had a sleep test done or been diagnosed with sleep apnea. It is still an unknown.

And so, it is now 2 months later and we all have had to cope with the changes. They could have labeled this disease better I think. Just receiving the news that you have ‘congestive heart failure’ sounds like there is no hope and you might die at any moment. I can’t imagine the emotional toll that diagnosis can cause. My husband is pretty closed mouthed about it all.

And now, he has used up all of his vacation time on unexpected trips to the ER. Once, when he began this journey, another time, he became severely dehydrated until he got more information telling him about how to curtail his fluids and reduce his sodium and still drink enough to not get dehydrated. And so, his employer requested a form from the heart doctor about his condition and its requirements and/or ongoing treatment expectations. It is a generic form and a lot of how it is worded does not apply to my husband or his job.

The doctor put on the form that he needed light duty and would not be able to continue to do his job without certain restrictions and that he might be needing more time off in the future. My husband is a manager of a small convenience store. He does paperwork, runs the cash register and does some stocking. The vendors unload the trucks. There is never any heavy lifting. He has continued working and hasn’t had any problems other than adjusting to wearing his new vest and monitor/battery pack.

Hubby picked up the certified copy of the form last friday after work from the post office. The wording of that report has caused him to be told he will most likely go on 26 weeks of unpaid medical leave and then can be reevaluated. That in effect, would take away our livelihood and our car and our insurance. With the possible loss of our main income abruptly and with no warning or planning, you can imagine how our weekend went.

Now, tomorrow he has an emergency appointment with the doctor so he can explain his work situation and requirements and hopefully we can turn in a new copy with no restrictions so he can keep his job. His mind immediately thinks of all of the worst case scenarios and how we will be 66, with medical challenges, no insurance and no way to pay our monthly expenses and no car. I refuse to look ahead at that but the worry hides inside and festers. Both ways are horrible and create much anxiety. Hopefully this new roller coaster ride will end as abruptly as it began and we can continue our lives with a little less stress.

My husband and I married in 1970. I am the mother of 2 and grandmother to 5. I share my health stories and my experiences with Thrive. I am reading and writing blogs, watching tv, making jewelry and rosaries, selling in my Etsy store and playing solitaire. I am home bound and add in my physical therapy exercises to my daily routine. I will blog about my progress or anything that catches my attention at that moment. See you around and thanks for stopping by!
View all posts by estherlou →
This entry was posted in writing, personal, blog, culture, religion, humor, inspiration, people, American, musings, miscellaneous, social, Christianity, economy, reflections, faith, poetry,. Bookmark the permalink.

6 Responses to We had a rough weekend